I thought I’d make a fool of myself for April Fools Day, instead of failing to trick my girlfriend yet again.

The form of this embarrassment is simple; I’m taking part in Ape-ril!

Think Movember, but with beards, for orangutans.

Long story short, I trimmed by beard today and won’t shave for the rest of Ape-ril. I’m hoping that you lovely folks of the internet will sponsor me in my endeavors and help to raise a little money for our endangered cousins.

You can find out more here about the campaign, or you can sponsor me here.

We’re a part of the Great Ape family- we’re the distant cousins who turn up out of the blue, eat everything, destroy the house and never say thank-you. The Sumatran Orangutan Society (SOS) work hard to repair some of the damage our ‘higher’ species does through deforestation, climate change and willful ignorance.

They do all manner of things. Mostly they plant trees to restore damaged forests in the beautiful Gunung Leuser National Park, while working with the local people of Sumatra to empower and educate them to be able to farm and conserve their environment with the welfare of the Orangutans in mind.

Why? The Sumatran orangutan is classified as Critically Endangered by the IUCN, the World Conservation Union. There are now only around 6,600 remaining in the wild. Orangutans were found in forests across Sumatra but now only survive in two provinces: North Sumatra and Aceh. Experts suggest that they could be the first Great Ape species to become extinct in the wild. The greatest threats to their survival are habitat loss and the illegal pet trade.

Dudes! The orangutan is one of our closest relatives in the animal kingdom, sharing 96.4% of our DNA. Indigenous peoples of Indonesia and Malaysia call this ape “Orang Hutan” which literally translates as “Person of the Forest”. If there’s one thing all male apes can do it’s grow a beard, so show some solidarity with me. Let the beard unite us, as well as being cool, manly and a source of untapped power.

Here’s me at day one: 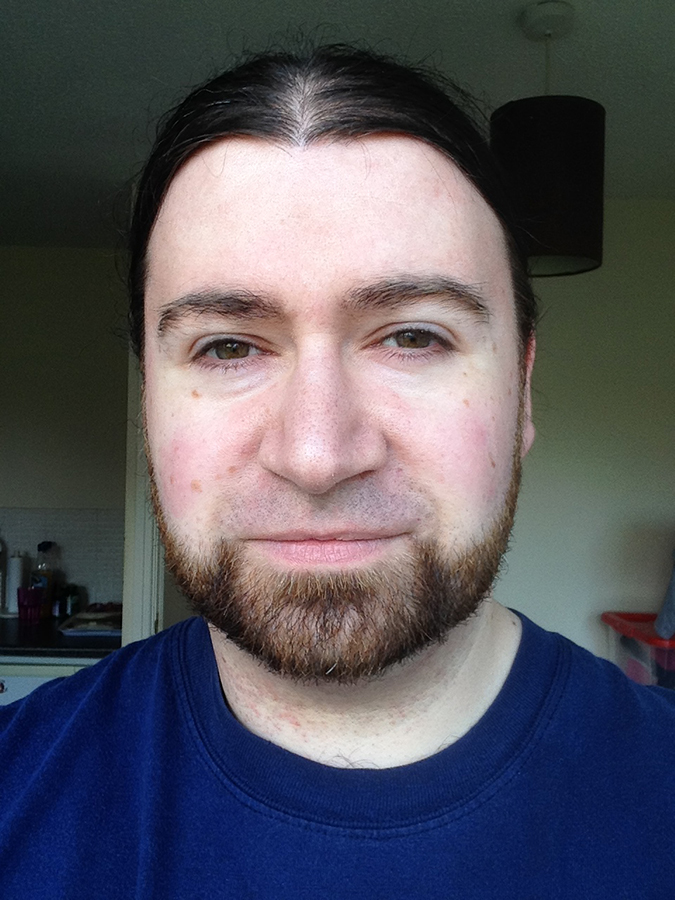 No, I didn’t go clean shaven. Nobody wants to see that.

Do something beardworthy and sponsor me, chaps and chapettes! Then I’ll grow my beard all month and get to annoy my girlfriend after all!