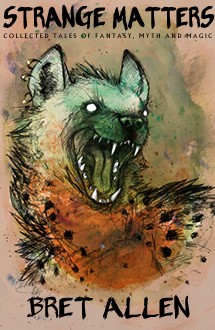 Strange Matters is a collection of tales of fantasy, myth and magic.

All contain matters best described as ‘strange’, because to me, strange matters.

I wrote the stories in Strange Matters over several years, though some of the ideas have existed in my head since I was young. Many were written just for my amusement or to share with friends, until I realised that I had several short stories and poems that could be doing much more than just languishing on my hard drive.

So, I’ve rewritten them and polished them and disciplined them thoroughly. Now they stand collected as a portfolio of sorts, varied in tone, subject and style. You may have already seen The Firebird, which was released early as I found my footing. That has now become a free sample with three other items included, so check it out if you aren’t sure about buying Strange Matters yet!

This book includes twenty pieces of poetry and fiction (some with mature themes), including:

Kate’s night is interrupted by meeting a mute, half-naked Ethiopian boy, which would be fine if he wasn’t being hunted through the streets of London by hyenas.

When a group of bikers get lost in a forest, they find that they are not alone.

Ekaterina wants to be taken seriously by the men of her village, so she sets out to hunt the greatest prey of all… the legendary Firebird.

A nameless criminal explores his capacity for magic- and empathy- when he’s forced to make unusual acquaintances to escape justice.

It Wants To Eat Me

The diary entries of a teenage girl who finds an unusual and unwelcome intruder in her dreams.

Two strange figures watch the violence of the London riots unfold and do what they can to help, as only forgotten gods can.

Having just died, Andy’s not pleased to find himself in the ancient Egyptian afterlife, where the goddess Bastet wants a word with him.

Here’s a little from the start of Wordsmith, the story which inspired the cover art.

Kate froze. She knew better than to investigate a strange noise from a shadowy yard, but the voice sounded pained and desperate. She hesitated for a minute. Perhaps someone else would come by. Perhaps she should look for a police officer. Perhaps it was nothing.

Peering through the fence, she spotted a pair of wide eyes in the shadows. After her own eyes had adjusted, she could just make out a black youth with a shaven head, crouched behind a mouldy sofa. He stared at her and she stared back. Kate tried speaking to him, though her voice emerged mousey and timorous.

She repeated the question after a few seconds of silence, but heard no response. She edged closer to the fence and the youth did the same, creeping out of the shadows.

There was no reply. She turned to leave, but the youth’s next shuffling step brought him towards the streetlight. He was crouched and submissive, moving hesitantly, his eyes fearful and round. He was very dark of skin. Despite the cold, he only wore a grey vest and ill-fitting jogging bottoms. His feet were bare.

The true size of the youth became apparent as he came closer. Curling his fingers through the fence, he stood to his full height. She took a step back, realising that he was around six feet tall and had a thick frame. He was clutching at his chest as if it pained him.

Kate was far from comfortable herself. Her hands started to shake so she put them in her pockets. She considered walking away again, but couldn’t do it.

“Just answer me. Do you need help?”

The youth (she gauged his age at about sixteen, despite his size) nodded vigorously but said nothing, merely opening and closing his mouth dumbly. She noticed that he had a false tooth, a metal incisor that looked large and uncomfortable.

“Do you speak English? Can you… talk?” she asked, realising that he might be mute.

He slowly choked out a quiet utterance that sounded like ‘I’m Obie’.

He frowned and eventually shrugged.

“Obie, there’s a gate here. If you come out, I’ll take you to a policeman,” said Kate in a reassuring tone (which felt somewhat absurd, given his size).

Obie shook his head and beckoned her to come inside the yard instead. She sighed; that was not going to happen. He beckoned her again, more urgently, pointing at something behind her and rattling the fence.

Kate hesitated, afraid to turn her back on him. Then she heard a staccato clicking, like the sound that dog’s claws make on a hard floor. She turned.

Standing on the other side of the street was a hyena. She blinked, telling herself that it was probably just a big dog, until a second hyena emerged from the shadows. They had sandy-coloured fur with black spots scattered throughout. Coarse, wiry tufts adorned their stocky shoulders, while their heads were topped with large, rounded ears. Their eyes reflected the streetlight, becoming baleful, glowing circles. There was something vicious and mocking in their gaze.

They growled, then charged.

You can buy this book using the links on the left- on Amazon (mobi, paperback), Smashwords (epub and other digital formats), Google Play (epub) and other outlets.

The cover art was provided by the talented Charli Vince. Please check out her work. The font is by P.D. Magnus. Click the poster below for a high-res version! 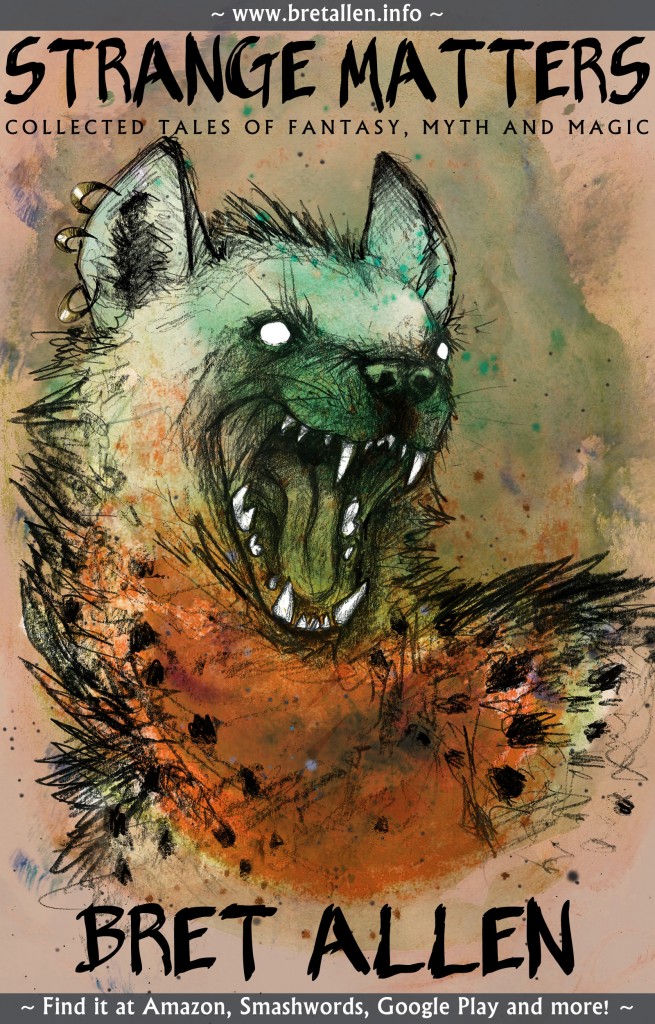