What’s your favourite fantasy franchise to be named after a damaged weapon? Snapped Spear? Bent Axe? Jammed AK-47? I THINK NOT.

Broken Sword is simply one of the best adventure franchises out there, with a winning combo of intrigue, mystery, puzzle solving and funny, charismatic characters. Today, those characters are getting the recognition they deserve from the Guinness World Record book. Well, I say ‘recognition they deserve’. It’s for being around for ages. Kind of like ‘well, you’re still here… so… that’s good’.

Revolution software have just announced (alongside a well-timed 25th Anniversay Collection box set of all their games) that the GWR have granted Broken Sword (as a franchise) the world record for ‘Longest running graphic adventure protagonist’! Of course, this title is shared by American adventurer and partial moron George Stobbart and his partner, French journalist and skirt wearer Nicole Collard. These two have some excellent voice acting, chemistry and witty lines, which I bet you can all recall. Shall I list some? In a min. 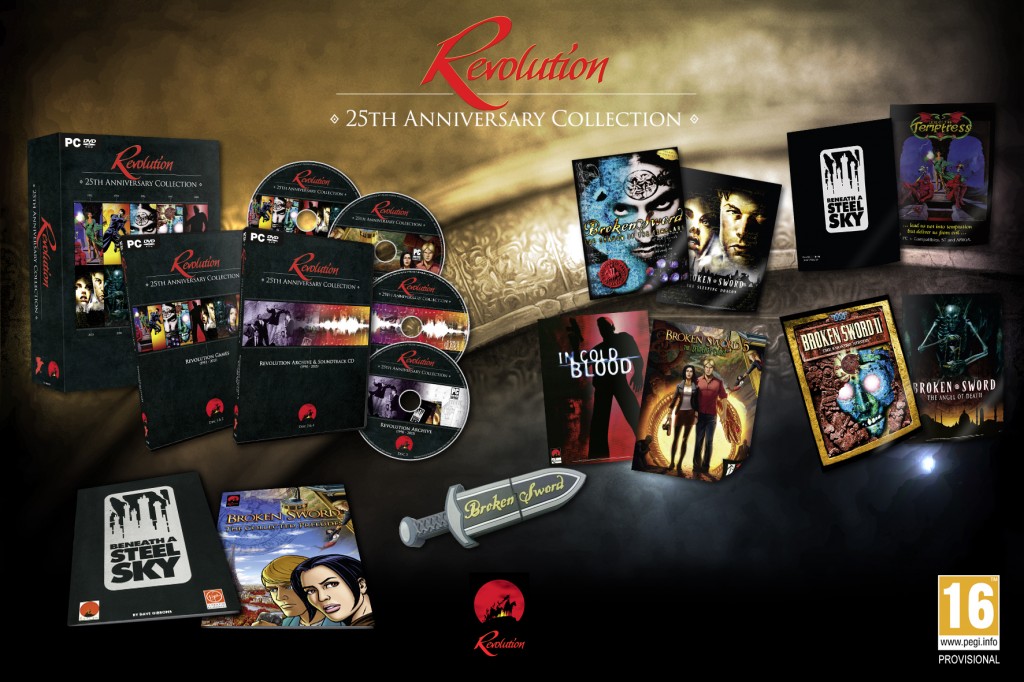 Broken Sword: Shadow of the Templars kicked the whole thing off in 1996, after which the plucky duo appeared in four sequels, culminating in BS5: The Serpent’s Curse last year. By most accounts, certainly mine, this was a successful comeback which built perfectly on the recent re-release of the first games, both on PC and mobile devices. The artwork and overall feel of the games never quite gelled with the advent of 3D, though that generation were still fun games, but the return to 2D roots really worked for me. Great art, a classic feel and of course, the same witty writing made BS5 a success and kept the franchise alive.

Wait! What did Charles Cecil, Founder and CEO of Revolution have to say about this? An unreliable source recorded this comment from our Charlie, whilst he wrestled with a lobster in a teeny tiny bath:

“We are incredibly honoured to receive this award on behalf of George and Nico. They are friends who have grown up with us through thick and thin: they are embedded in the Revolution history. And we are celebrating the 25th Anniversary of Revolution this year and so the award could not be better timed!” said Charles Cecil, Founder & CEO of Revolution. 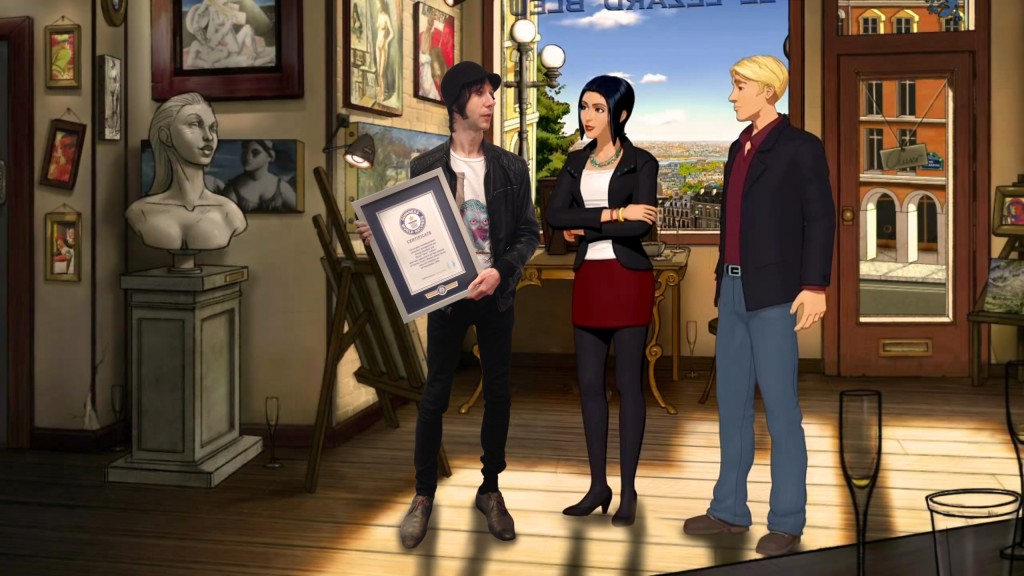 This… this is weird.

“Broken Sword is a series that I first played and loved as a kid so the fact that it’s still going strong today is testament to the brilliant storytelling and characters that it’s revered for. It’s a real honour to recognise the games’ iconic leading protagonists with a Guinness World Records title for their enduring popularity and ability to stand the test of time.”

Me too! I also fancied Nico like it was going out of fashion. Sometimes George, too.

Now, a couple of classic lines from the intrepid mystery busters, in honour of their years of service to adventure fans:

George Stobbart: He had the eyes of a cocker spaniel set in a face like a deflated soufflé.

George Stobbart: Someone had thoughtfully provided little shades for the light bulbs. The rest of the prison area looked like an English public toilet.

George Stobbart: Did you bring the cloak of invisibility?

Nico Collard: Damn, I left it in the bag of forgetfulness.

Nicole Collard: Thanks. You speak very good English for an American.

Got any more? This game has that evil ‘come and replay me…’ hook that gets under your skin. That 25th Anniversary collection is looking quite tempting…