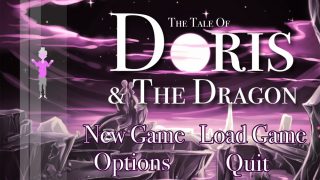 Review of Doris and the Dragon

Did I miss a week? DID I? Got a review for you, but this one without a gist comic, because it’s a mobile game and it felt better to just show you the damn screens instead of trying to be clever.

Because it’s not my forte.

So! Doris and the Dragon! Episode 1!

Yes, it is a random name, for a fairly random game. Doris the Dragon is an indie point-n-click adventure game for iOS, Android and soon Steam. You know the kind – click on everything in sight, get a little witty line of description for each one, pick up a random object and alter find a way to randomly use it on something else. Puzzle game in the back, banterous (real word) main character and 4th wall hijinks in the front. 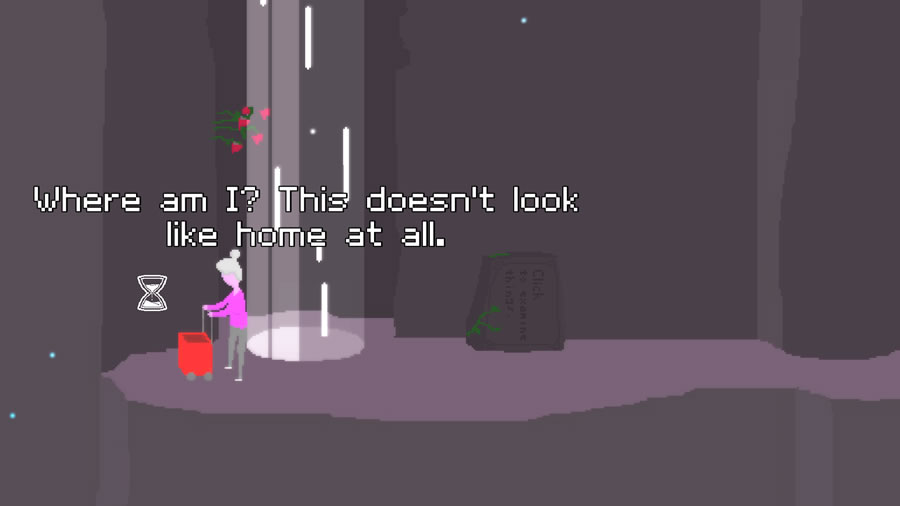 Doris and the Dragon is a good title, because this game is about Doris and a dragon. Doris is an elderly woman who finds herself in the afterlife (but didn’t die, I think) with only her wits and shopping trolley to help her. The afterlife in this case is a kind of purple mountainous landscape populated by demons and stuff. And a big yellow dragon called Norb.

D’n’D (see what I did there) comes from Ben Simpson, founder and creator of Arrogant Pixel. I imagine he’s a cool dude. He certainly has a powerful grasp of the classic adventure games of yesteryear- your Monkey Islands and Broken Swords and whatnot. The sense of humour is right in that slot, but possibly even more random and silly. Expect some sharp banter and jokes about things like the administrative nightmare of the afterlife! 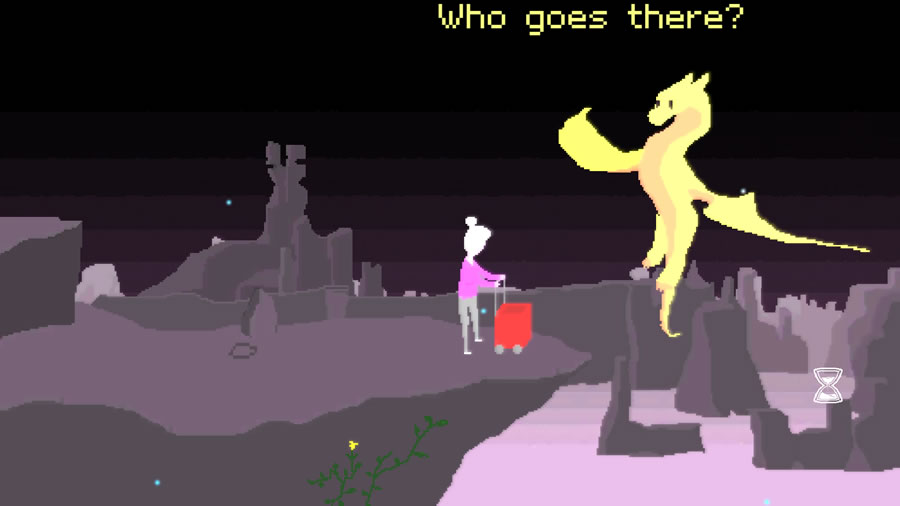 Doris herself is a wise cracking granny who endears herself to the player pretty quickly. Her interplay with Norb is a little strange at first and I personally didn’t get it, but as their friendship develops, it becomes a lot of fun. To put things simply, Doris can call upon Norb to help her at any time – literally call him and he appears in the dialogue box as a dragon with a call centre style headset on. What an image. There is a slight issue in that many tasks obviously can’t just be solved by calling Norb for balance purposes, so you find yourself thinking ‘why can’t I get my dragon to do this?’ a lot. Understandable, though- got to solve some puzzles yourself, yo.

Graphically this game is very basic, but looks great. It’s based on the sort of 8-bit adventure games of many moons ago, so everything is pixel edges and limited colours. This looks fine and it’s a very in-vogue style at the moment, especially for an indie developer. It summons forth the right vibe straight away. There’s voice acting in this game, but I actually found myself turning it off (sorry guys, you did a fine job, but the slightly sped-up sound hurt my brain for some reason!). 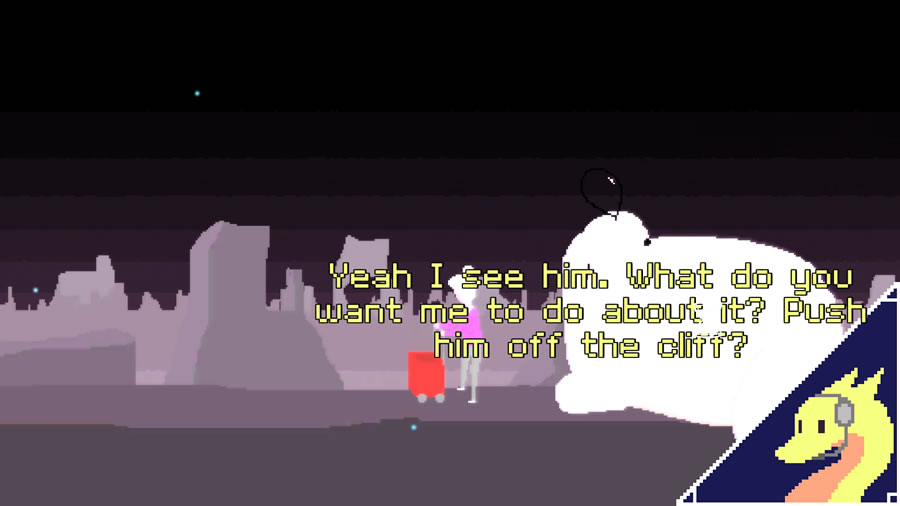 Control can be finicky. I found myself jabbing things a few times to select them, but maybe it’s my fat fingers. To do stuff, you tap to get a menu (interact or look, standard stuff) then tap again to make a choice. You can also drag items from your inventory onto whatever you want to use them on – nice and simple. I do find it a little tricky at times and the game isn’t without bugs, but it is engaging and fun.

The sense of humour is what makes Doris and the Dragon for me. If anything can make me stick to a game, that’s it. There’s loads of random humour, silly situations and witty asides. One of the earliest puzzles involves playing a tune on a demon’s ribs (from the inside) so you can expect random stuff to happen. Though in retrospect, that’s something of a contradiction. 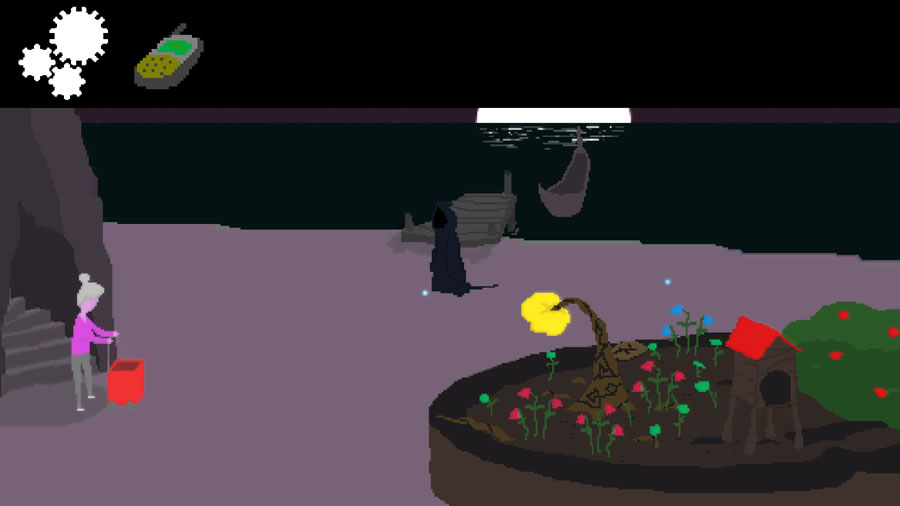 Fans of classic puzzlers and adventure games will enjoy D’n’D, as will anyone interested in indie gaming. It runs like a dream and has a certain authenticity, or honest enthusiasm, which makes it very endearing. There’s no doubt that Ben loves the genre and his work. There are plenty of rough edges here (being updated/fixed all the time, mind you) so it’s not one for impatient gamers or those who love a slick experience, but it’s totally worth trying out if you want to take a sassy granny on a tour of death itself. With the help of an overworked dragon.