If you like your fantasy epic and emotional, this is the book for you!

Today I’m sharing a review of a fantasy epic called Darrienia, book one of the Forgotten Legacy Series. This was written by K.J. Simmill, another author from ‘round my way. K.J. is a qualified Reiki master, has certifications in various fields of holistic therapy and even donates a portion of her book sales to charity!

The attention to spirituality and healing certainly comes through in the book. Darrienia follows the trials of a group of people, but in particular Zoella, a small town healer with a mysterious past. Each time Zo’s skills are called into use, K.J’s familiarity with healing (particularly in a holistic sense) comes through. That may make more sense when you consider that this is a fantasy book and Zo uses magic for healing, which is finely balanced in terms of magical laws and the way that this world works.

A lot of the background of the world and the culture of the characters comes from Greek mythology, which points us directly to Darrienia- in this setting, a dream world which coexists alongside the usual, natural world of the characters. Zo and her companions, thrown together by both chance and a broader machination, must navigate Darrienia as part of a great, divine game which will decide the fate of mortals. You’ll meet dark gods, legendary creatures, mystical places- this is a book that really has it all, taking on a dreamlike quality as you follow Zo through many differing adventures. 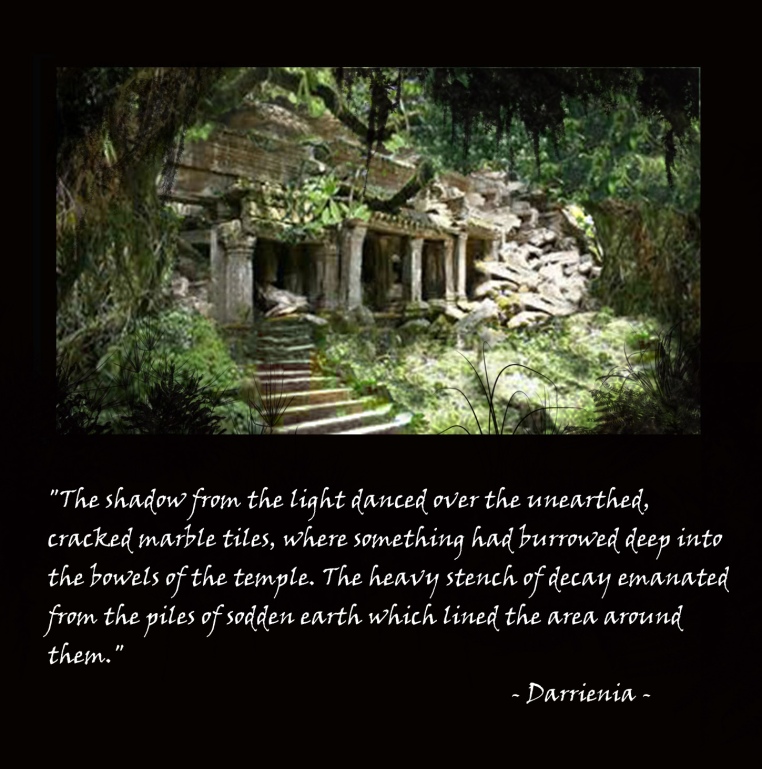 Indeed, there’s a lot to read as this book is huge! You’ll certainly be busy with it for a long time and I was myself, but importantly, the story is varied and full of twists and turns to keep things interesting throughout that long time frame. It’s only fitting that a world with a Greek flavour should have an epic scale, as well as its fair share of magic, tragedy and even comedy. There are even a few tidbits of nasty horror that might surprise you!

Darrienia has some strong ideas. I don’t want to give any spoilers, but one near the start really caught my attention, as a character finds themselves out of their body and sees something truly harrowing. No character is entirely what they seem, but they also have great chemistry, forging interesting relationships and dynamics as various forces come into play. Acha is a particularly interesting character, trying her best to be useful and accepted despite an awful curse, while another strong female role is played by Elly, a warrior who is torn between fierce loyalty and the agenda of her employer.

This is a book best suited to fans of epic fantasy, with overtones of myth and spirituality. K.J. avoids many of the traditional races and monsters of fantasy, while also tapping into the big themes of classic fantasy and also the classical world. Her understanding of things like holistic therapy really come through in the types of magic available to the characters and the limitations they must obey.

Here’s a little more about the book in her own words, which also gives you an idea of the scale:

“What started as a seemingly innocent quest for the truth behind a past forgotten, soon becomes a fight for survival orchestrated by a former deity.

Many years ago the Hoi Hepta Sophoi sealed away the powers of the magnificent god Night, unaware that their actions would eventually lead to the destruction of the world as they knew it.  Restrained within seven magical tomes known as the Grimoire, Night’s powers were scattered throughout the world, and slowly reclaimed until all but one remains lost; but unlike his powers, which were restored, Hectarian magic, the price of sealing him, remains lost. But even this missing tome is not enough to prevent him from exacting his revenge.  His sole desire is to release a force upon the world so devastating that its appearance normally marks the end of a God’s rule and the creation of a new cycle.”

Go and grab Darrienia today if you want a huge chunk of adventure riddled with twists and surprises. Even better, 10% author royalties will be donated to the UHNM charity for the neonatal department (NICU)!

You can find the book on Amazon here, or read more about the series, the book and K.J. Simmill here!