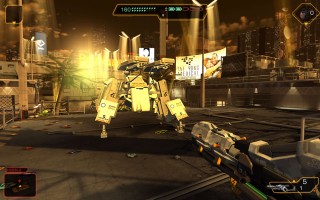 I told him, I said B-Sax (I call him B-Sax), you need to just chill. Have a spacebeer, go for a walk in the geocity. Play with your iDog. These things usually sort themselves out. He’s stubborn though, our B-Sax. He’s got a bee virus in his neural bonnet. 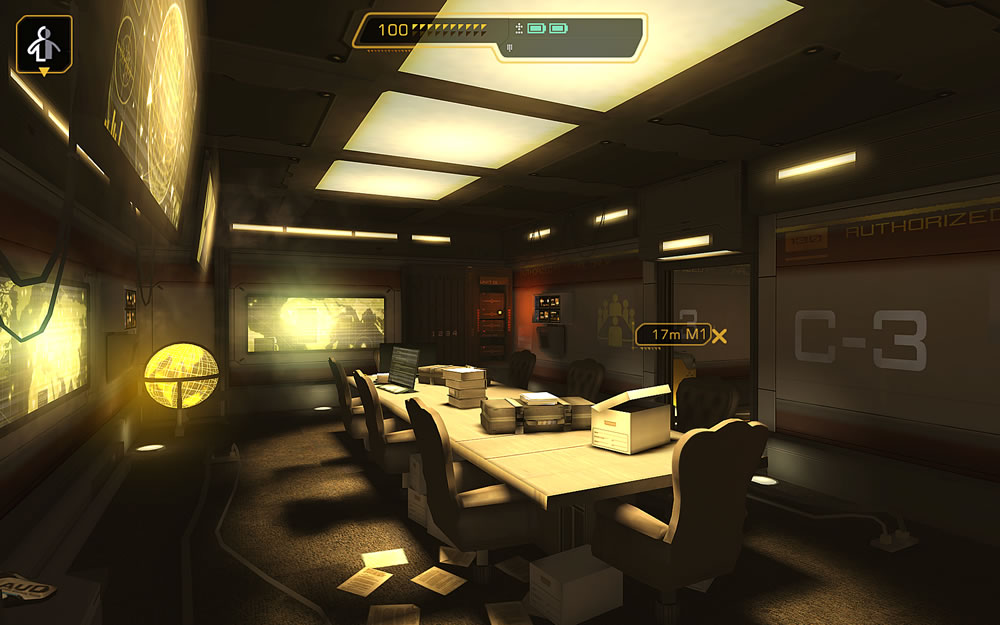 An office, in the future

New features added by the data hackers at Square Enix include 28 Steam achievements (‘Steamchievements’), Steam Trading cards, adjusted AI, added keyboard and mouse functionality and more. It’s on a bigger screen, for one thing. It looks very nice in fairness, not all that different to Human Revolution. Basically, if you didn’t want to fork out for the phone game before, but you want more Deux Ex goodness, it’s your lucky March.

Savvy consumerbots who pre-order DX:TF get a bonus- the original Deus Ex GOTY- for free. Quite why any self-respecting future gamer would not have that title already is beyond me. My neural net= blown. Anyway, you can also gift the copy, spreading the joy of Deus Ex like it’s the Grey Death. 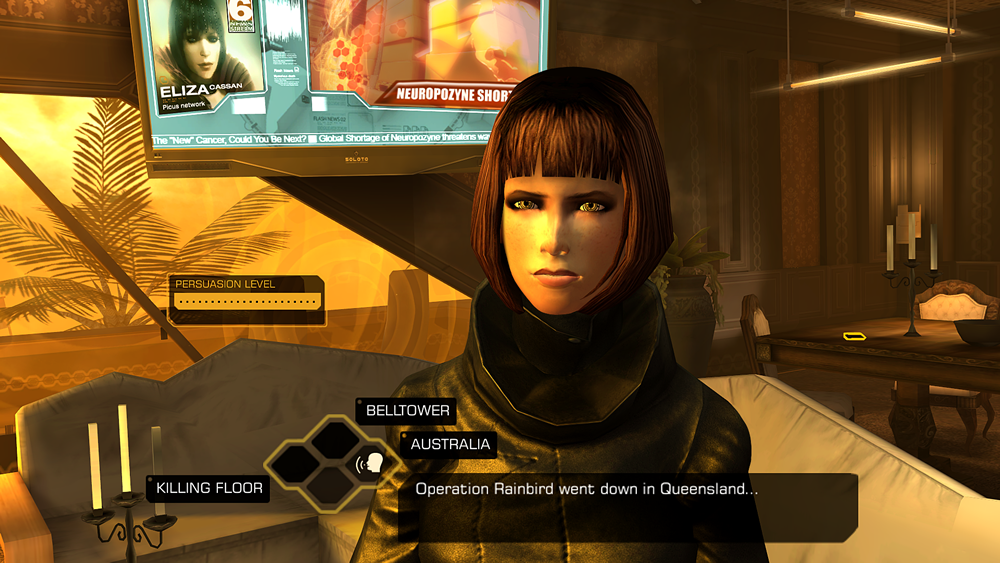 You know what else ‘went down’ in Queensland? Tell her about your ‘Belltower’. Future filth.

It also features new music composed by Michael McCann. I haven’t heard it yet because I was too tight to spring for the game on iOS, but I wanted to mention it because game music still doesn’t get enough airtime. Pagetime? Pagespace. Words.

Anyway, I’m sending a robolink to your datapads: http://store.steampowered.com/app/258180

Don’t forget there’s also the very cool augmented edition of DX:HR as well. DX:HR-AE if you will. But don’t.